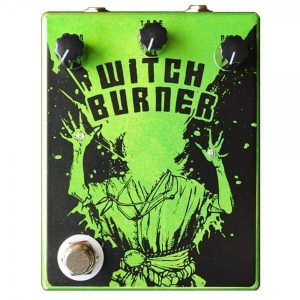 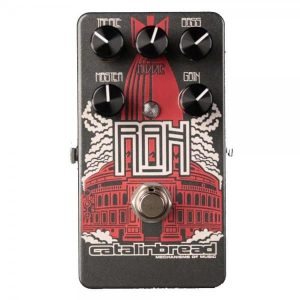 Marshall in a box! From classic Super lead and Super Bass (JTM45) type tone. Cleans up as you back off guitar volume – just like the real thing

The Catalinbread Dirty Little Secret “nails that classic Marshall tone” because it gives that Plexi  sound and response.

The Catalinbread Dirty Little Secret (DLS) is an overdrive pedal bringing you the sound and response of a classic Marshall amplifier.

It is designed to be an always on foundation pedal because it transforms any amplifier into those raging British stacks.

You can get a great clean sound just by rolling your guitar’s volume knob back! That’s the way the old school Marshall players did things!

Forming the core of your guitar sound, embellish the sound by adding boosters, fuzzes, filters, and other overdrives

Just like you would in front of a real amp.

Supercharging  the sound of rock and roll. When the house lights dimmed, all you could see through the hazy darkness was the array of red pilot lights shining from a backline wall of Marshall stacks.

In the absence of your own personal wall of Marshalls, the Dirty Little Secret is the perfect secret weapon in your tone arsenal.

The Dirty Little Secret has a well-deserved reputation for replicating the sound and feel of a classic era Marshall amplifier.

The JFETs used for the Dirty Little Secret are now  discontinued. As our stock begins to dwindle, we knew we had to find ones still being manufactured.

Rather than re-voicing around these new JFETs, we decided to push the envelope and provide an amazingly robust feature-set.

This isn’t just ‘a’ Marshall in a box, it’s the most versatile and dynamic Marshall-style overdrive out there!

The tone controls get reconfigured, depending on what mode the pedal is set.

Whether in SL or SB mode, the tone circuit is exactly the same as found in Super Lead and Super Bass Marshalls. It behaves and interacts the same way as on their amp counterparts.

• Full featured bass, middle, and treble tone controls. These provide precise adjustments for a multitude of tones and to match your amp and guitar.

• Preamp controls the gain or amount of overdrive. The new DLS was tuned to allow a bit more gain than most plexi Marshalls actually got. Super Bass mode is tuned to have less gain then the Super Lead mode to get more of that early Marshall response.

• Master knob controls the output volume. For the best response out of your DLS, set the Master volume so that the sound with the DLS engaged is a bit louder than your bypassed sound.

This is the latest evolution of the Catalinbread Dirty Little Secret, the most dynamic Marshall-style overdrive out there.

You can read more about Catalinbread innovation here. Also find out about the full tech spec of the Caltalinbread Dirty Little Secret using the highlighted link.

Higher gain than the Super Bass mode, Super Lead mode is perfect for use with humbucker-equipped guitars. It’s gain range goes from classic plexi all the way to modified JCM800 levels.

Just like a great plexi, you can go from clean to scream with just a twist of your guitar’s volume knob. Like a Super Lead, it’s voice is all about thump and upper-midrange kerrang because this is THE rock sound!

A Marshall Super Lead’s circuit cuts out a lot of low end in the first gain stage. The Super Bass or older Super Leads passed a lot of bass through.

The reason the Super Lead cuts so much bass is to keep things tight when the amp is turned up, which is what the SL mode does.

It tightens the bass response at the classic Marshall frequency point and turns up the gain potential giving a hot, fast responding, gainier sound.

Sounding absolutely fantastic with humbuckers but with Fender style guitars a player may prefer a fuller response.

The “Super Bass” mode gives you the tone and gain structure of a Marshall Super Bass. This is very similar to a JTM45, JTM50/100, or very early plexi.

This mode is voiced to really hone in on that elusive in-between “not quite clean, not quite dirty” response that old tube amps are so good at getting.

Using Marshall amp-geek language, the difference between the SL and SB mode is akin to split-cathode vs. shared-cathode configuration on an old Marshall.

Split-cathode has a high-pass response starting around 700hz,  while shared-cathode lets everything through.

But the SB mode is not just for single-coils.

This is the mode you want if you’re trying to get that classic AC/DC sound, big open crunch that’s not too gained out sounding. Hendrix fans will love this mode. It was voiced with that sound in mind!

Plug in a Fuzz Face!

The pedal is specifically voiced to make fuzz pedals sound great, especially two-transistor based fuzzes like the fuzz face.

Plug a Strat into a Fuzz Face into the new DLS in SB mode and you’ll see what we mean!

It’s voice is deeper bass, and an emphasis on the lower midrange,  sounding especially great with Fender style guitars.

This is precisely why it works so great with fuzzes like the fuzz face, because Super Leads cut too much bass right up front.  They are too gained up so a fuzz face ends up sounding farty and pinched sounding instead of a huge, full sound.

Fuzz Face and Marshall fans will know what we’re talking about.

The voicing mode switch doesn’t just add a bit more bass to make it a “super BASS” or something simple like that.

The treble-middle-bass tone control complement exactly reproduce the tone stack circuits of the Super Lead and the Super Bass amps.

So when you switch from SL to SB mode, the tone circuit gets reconfigured to the Super Bass circuit.

A bit of history.

Early plexi Marshalls and JTM45s also had the “Super Bass” tone stack which was later changed in the Super Lead amps to emphasize the upper mid- range frequencies because guitarists in the late sixties wanted a more aggressive cutting sound.

Compared to the SL tone circuit, the SB tone circuit shifts the bass response lower and gives a somewhat more “scooped” sound than the SL mode.

It’s actually not really much more scooped but the SL mode adds a lot of upper midrange cut to give that classic Super Lead kerrang response.

Both SL and SB voices are compelling so we wanted to be able to give you access to both!

There are a lot of great Marshall tones lurking in this pedal. Enjoy