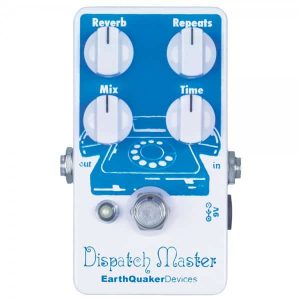 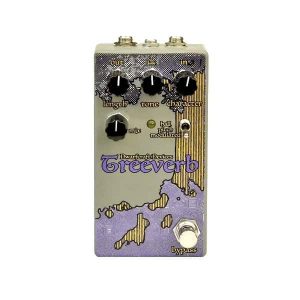 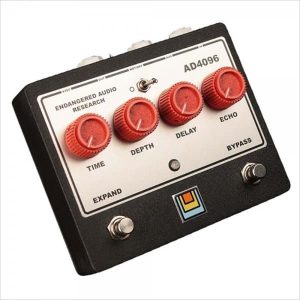 Digital delay and reverb unit with an analog direct signal path and true bypass switching. It is capable of producing nearly 2 seconds of delay time with near-infinite repeats

The Dispatch Master’s hi-fi delay and reverb sounds and intuitive control set have made it a staple of pro pedalboards around the globe. It features a dynamic reverb that goes from natural and roomy to cavernous and deep, up to 1.5 seconds of delay time, and a dialled-in delay Repeats control delivering anything between a single echo to infinite repeats without unpleasant digital artefacts or runaway self-oscillation. Its simplicity has made it a popular “always on” effect for players who want to add a touch of ambience and slapback to their clean tone, and its lush ambient sounds make it a perfect fit for modern and experimental players.

The smaller and more modern answer to our well loved limited run Ghost Disaster from 2010! The Dispatch Master is a digital delay and reverb unit with an all analog direct signal path and true bypass switching. It is capable of producing nearly 2 seconds of delay time with near-infinite repeats and a cavernous reverb. Both effects can be run separately or in unison. Even though it is a DSP based effect, the sound is warm and full. No sterile lifeless tones here! The delay signal is clear and strong with no after effects or signal degradation and the repeats decay into a nice ambient swell with no oscillation. The reverb is MASSIVE and is sure to please those who love our Ghost Echo but want more depth and less artifacts. The perfect “Black Hole Ambience Generator”!

Repeats: Controls the regeneration of the delayed signal. Also acts as a enhancer for the reverb. In reverb mode this will control the thickness, decay, depth and overall nature of the reverb.

Mix: Controls the over all level of the effected signal

To use as a reverb only, turn the time control all the way down and adjust the reverb and mix controls to taste. In this mode, the repeats control can be used to enhance the thickness, decay, depth and overall nature of the reverb. With the reverb control at it’s maximum setting,
the repeats control will gradually overload the effect at higher settings.