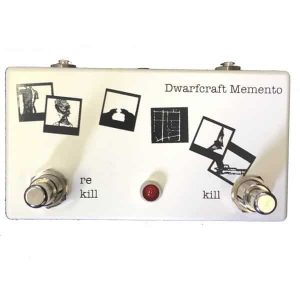 Infinite Jets tracks the dynamics of your playing, samples individual notes and chords, and then reinterprets them as new sounds using two independent channels of infinite sustain. It offers 4 separate sampling effects in one: Blur, Synth, Glitch, and Swell.

The pedal uses two channels of sampling (A & B) to sustain notes indefinitely. They can be triggered by your playing automatically or via footswitches.

Because there are two channels of sampling, notes can attack, sustain, and decay on top of each other. This allows for unique harmony, drone, and textural effects. Any note or chord can be sustained indefinitely and assigned a wave shape and decay time via the Shape and Envelope Time controls.

Explore the 4 effects the Infinite Jets has onboard, Blur, Synth, Glitch and Swell and prepare to get lost in lush soundscapes.