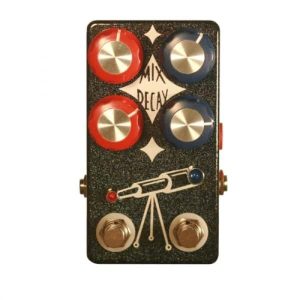 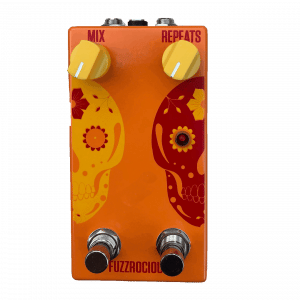 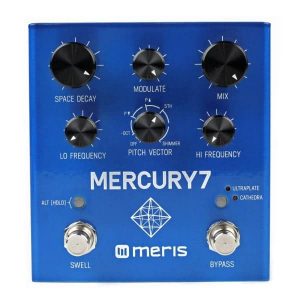 The original Hungry Robot Stargazer finds itself on the boards of hundreds of musicians around the world.

The intent is to keep the overall essence of the original the same while expanding its functionality. The “Stargazer” sound that many have fallen in love with is unchanged with its classic “hall” and “sparkle” modes.

The most exciting change is the “simultaneous, parallel processing” of the two channels.

With the new Stargazer, both channels can be used at the same time (the original version only allowed for you to use one channel at a time).

The V2 has two independently voiced reverbs that can be stacked in parallel, so  layering the two channels makes for an even more lush reverb tone with added depth.

The most obvious change is the physical size of the pedal, because Hungry Robot were able to design the PCB more efficiently without major changes to the circuit.

The “Sparkle” switch is removed, but both reverb modes are still available.

The new version allows for both channels to be used simultaneously.

I would use the red channel (HALL) for a more traditional reverb that would be great for rhythm and the blue channel (SPARKLE) as an ambient reverb.

The Sparkle channel does not pitch-shift like many reverbs, but accomplishes much the same purpose and feel of an octave shimmer through aggressive filtering.

The channels can be stacked in parallel or used independently and although the channels are processed in parallel, the decay feedback loop, feeds back to the same spot, so the decay knobs are sort of additive.

The Stargazer does self-oscillate and ramp with higher decay settings, so take some time to find the sweet spot with the two channels active. I suggest setting your decay knobs with both channels active to make sure you don’t get any unwanted self-oscillation.

There are trimpots internally to adjust the maximum decay range. These are dialed in to taste before shipment.

Mix: Controls the volume of the wet reverb signal that is added to the dry signal. The dry signal is untouched and remains at unity on all settings

Decay: Controls how long the reverb signal “dwells.” Can self-oscillate in some settings