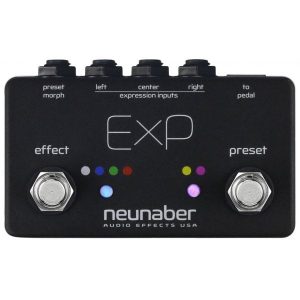 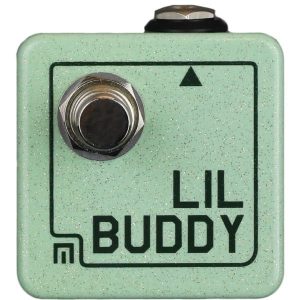 Multi colour LEDs uniquely identify effects/presets and are easily seen from a distance.

Simply connect the ExP to any Expanse-series pedal with the included cable. No power supply is needed.

Select the effect and program it with Expanse Software. The footswitch behavior is also configurable per effect.

For example, you can configure a tap tempo Echelon Echo as one effect and a Seraphim with long-press for shimmer as another effect.

Using Preset Morph with an expression pedal, you can smoothly transition between two presets, resulting in nearly infinite variation.