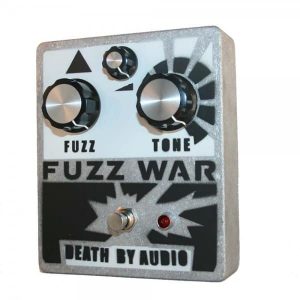 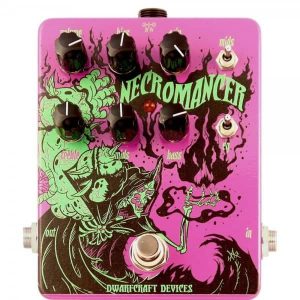 Theres a certain quality about some 60s and early 70s guitar tones that seem to be rather exclusive of that psychadelic era. If you hear Mick Ronson on Bowies Ziggy Stardust era (live in ‘Santa Monica ’72’ is great), Pink Floyd at The Piper at the Gates of Dawn or British blues masterpieces by The Yardbirds, Cream, Faces, Stones and so on, those searing and cutting guitar tones sound like they could rip ones ear apart from his head! The funny thing: they dont, and they sound great! Remember when some mop-topped kids met Dylan, grass, acid and grew up to change music forever?From their rubber souls straight to the lonely hearts club, this is it. After all these years, its getting hard to hear that kind of tone again. Where is it? Well, now its here with all the power you ever wanted. The Kryptone derived from the classic first incarnation of the Vox Tonebender, a fuzz pedal heard in many classic British ensembles.Unlike many people that intend to replicate vintage pedals exactly as they were made by the original makers and documented in their schematics, our goal was to use that as the basis, hear the classic tones we really liked and then shake it until it sounded like we always wanted it to be. Also unlike many people that go into this kind of adventure, we had plenty of real vintage references to fuel the process, including two original superb sounding Vox Tonebenders, and many other relatives. Our main objective here was to get that dirtier, grungier saturation, chewing your guitar notes with lots of sharp edges, and that high frequency cutting like a hot knife on butter! In that process, we also solved some old issues and made the box friendly enough to fit any 21st century pedalboard without any hassle or compromise. Even Superman would be proud!