Our latest adventure is taking us to the far flung corners of the United States and crumbs! We discovered the truly mouthwatering taste of Catalinbread.

Hailing from Portland Oregon, with the musical provenance of the North West, it is unsurprising that Catalinbread effects pedals are popular.

Crisp tones, the blues and the more sublime darkness of grunge are all catered for.

The painting opposite is Catalan Bread by Salvador Dali, the miss-spelling of which the company is named. 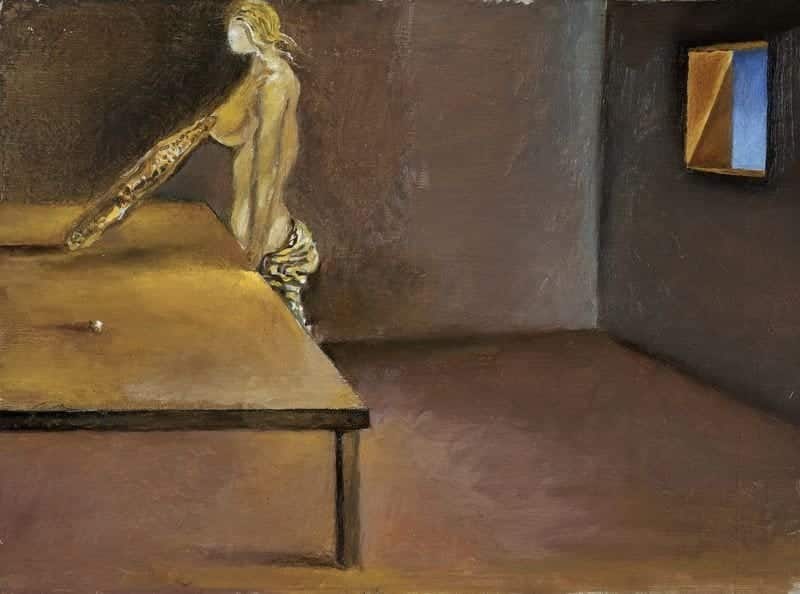 Started by Nicholas Harris in 2003, Catalinbread was quickly recognised in the world of guitar effects pedals as someone who would innovate and not compromise on design or quality.

Nicholas was joined by designer and engineer Howard Gee in 2007.

Catalinbread Effects is a tasty treat for the rig with notes of innovation, imagination and pure tone.

Calling itself the mechanisms of music this is a small team whose mission statement since 2003 has been “To imagine, devise and build the most responsive, musical and inspiring musical electronics on Earth.”

Tragically on March 2016 Nicholas’ was killed aged 37 when his car was hit by a falling tree when driving near Seaside.

On the Facebook announcement of his death, Nicholas Harris was said to be “contentious” but “always focused on a vision that asked us to pour just as much creativity, love, and balls into it as he did.”

After Nicholas death his mother, Mary, took over the running of the company, which coincided with a period of turbulence for Catalinbread.

Howard Gee left the company in 2017 after which the company took legal action against him and three other employees for conspiring to misappropriate intellectual property, tangible property, and protected trade secrets. The lawsuit was finally settled in 2019.

Howard then formed Kittycastermusic and we await its product offering.

The bedrock of the Catalinbread pedals is their foundation range.

Designed to be “always on”, the foundation overdrives are essentially amp sims, but there is more than just an “amp-in-a-box” going into these, and they provide a worthy basis for a musical sandwich.

The Dirty Little Secret was the first in the foundation range (and has spawned many others drawing on inspiration from Brit crunch with the WIIO and the more American tweed with the Formulas.

The award winning “Dirty-little-secret’s” inspiration lies with early Marshall amps and it delivers on so many levels.

Other pedals in the range include :

Catalinbread also supply the fillings which allow the player to create their own unique platter.

Throw in some delay and modulation, some crispy spring reverb and a dash of emotive chorus. These are the spices and condiments which add flavour and texture – Catalinbread really does make the ultimate sound sandwich – tasty, chewy and spicy.

We won’t describe them all here but classic Binson echo (a la Pink Floyd) from the Echorec and the extremely popular Belle Epoch and Belle Epoch Deluxe must be work a mention.

To supply the meat, clever and beautiful variations on fuzz allow resonant harmonics, octaver and sustain to be controlled from pedal and guitar.

tThe ability to deepen the bass or expand the highs without losing the bite of the saw are given by a wide range of fuzz pedals that include the Karma Suture, Naga Viper, GIYGAS  and Antichthon.

In March 2020 Catalinbread announced a change of ownership

Kyle Sears and Brandon Rush, who are both musicians and own studios purchase a majority stake in the business, who have committed to maintain the core values of the company

Their statement said “given their local roots, passion for gear, and well-established presence in the music industry, Kyle and Brandon are excited to take Catalinbread to the next level. Under this new ownership, the Catalinbread crew will be able to take its collective passion for sound further than ever before.”

The sale won’t impact the current Catalinbread catalogue, which will still be on sale in its entirety. For 2020, the brand plans to release the Giygas fuzz and the Epoch Boost in spring and summer respectively.